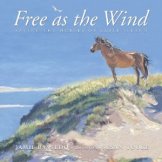 4 responses to “Summer Reading – Day 22 – IMWAYR! The Power of Persuasion”